Cattle are venerated within the Hindu religion of India. According to Vedic scriptures they are to be treated with the same respect 'as one's mother'.

In Hinduism, the cow is a symbol of wealth, strength, abundance, selfless giving and a full Earthly life. 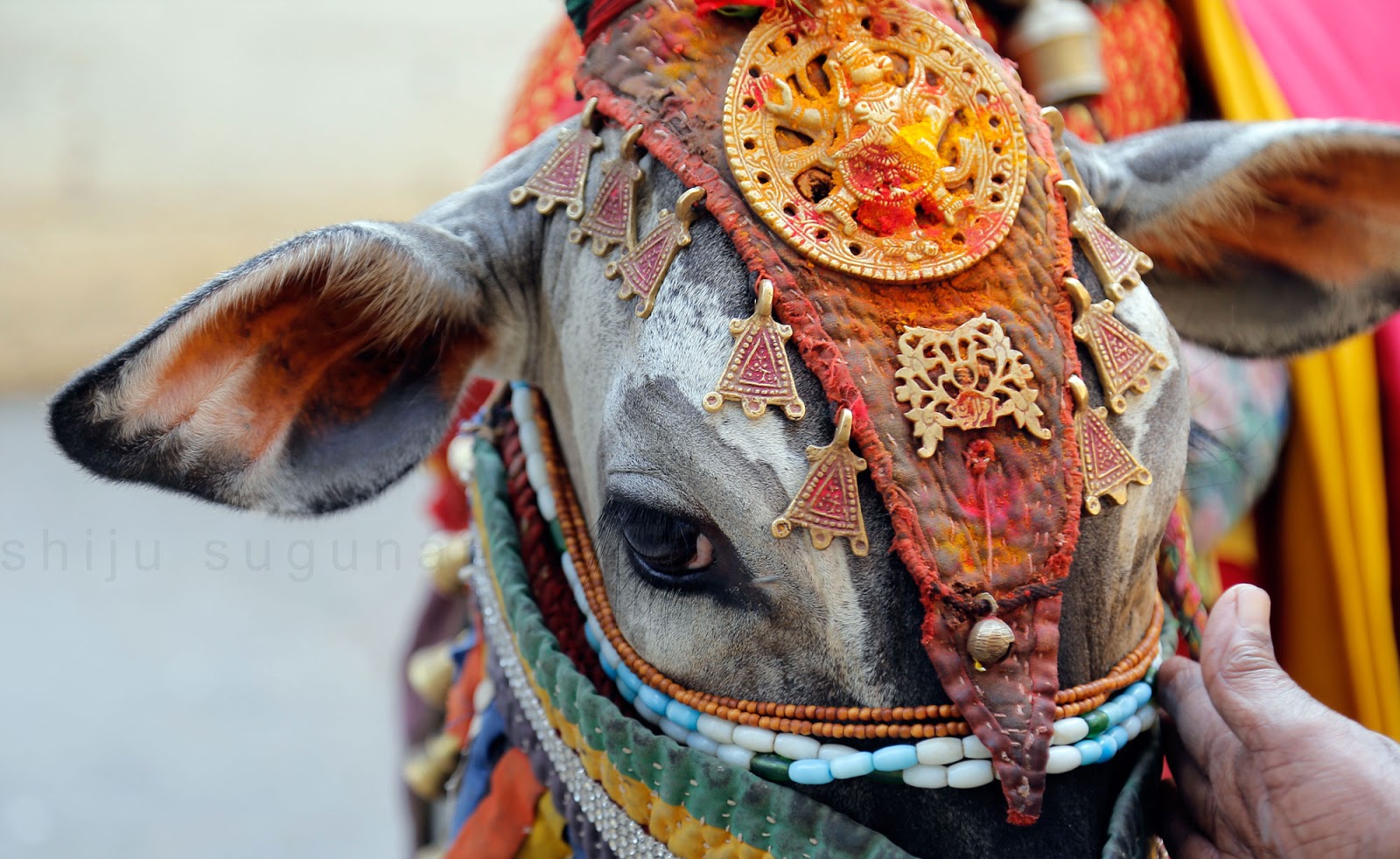 In Bangalore, we can see very often men and women who take along with them decorated cows and oxen and visit homes where believers touch the cattle for good luck. 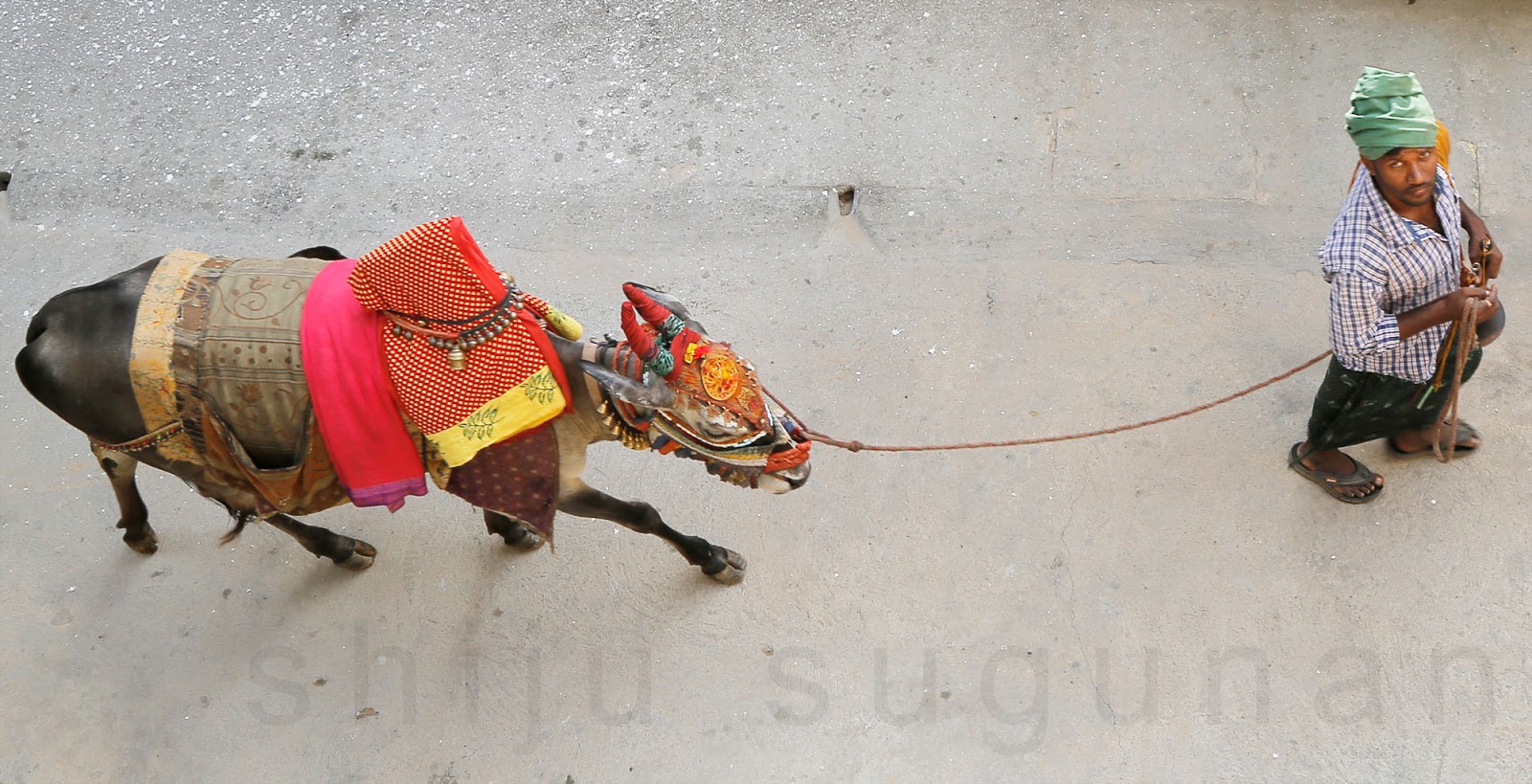 Gangireddollus are people of nomadic castes like "jangam" from the Andhra-Karnataka region who receive old oxen from farmers after the oxen become unfit for farming.

The gangireddollus walk from door to door begging for old used clothes. They play nadhaswaram (a trumpet like musical instrument) to entertain the people whose house they visit.

They visit houses where people would come out to offer food to the ox and take blessings as the oxen and cattle as a whole are regarded as holy.

The gangireddullus after receiving the oxen take out the metal shoes and sell them. They take care of the oxen until the death of the animal and then sell them to the Brahmins (priests) and Chamars (castes who tan animal skin).

It is, in my opinion, a very innovative and self sustaining idea to help protect and take care of unproductive cattle. 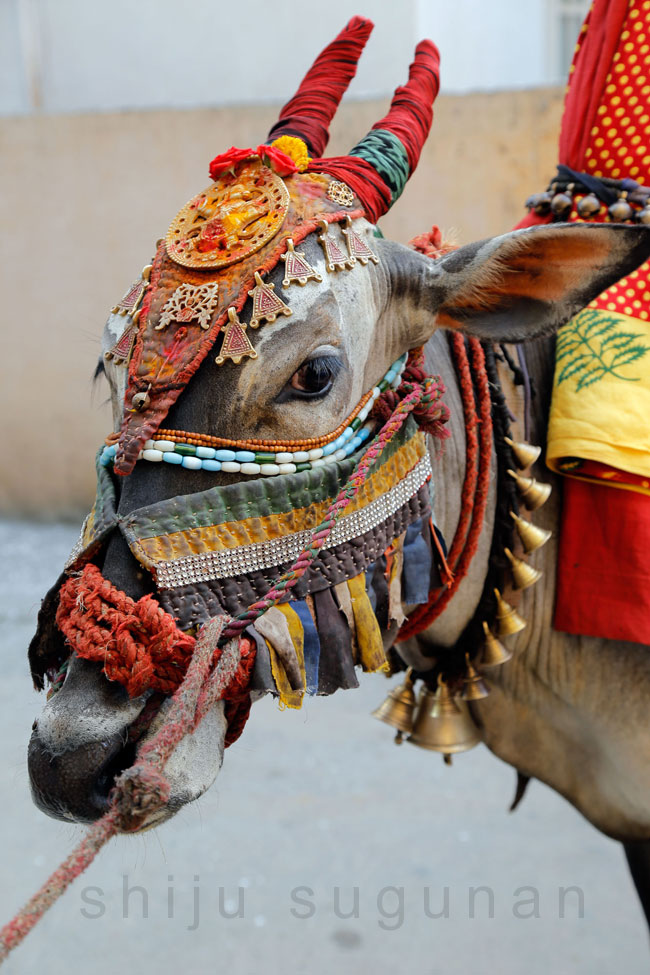 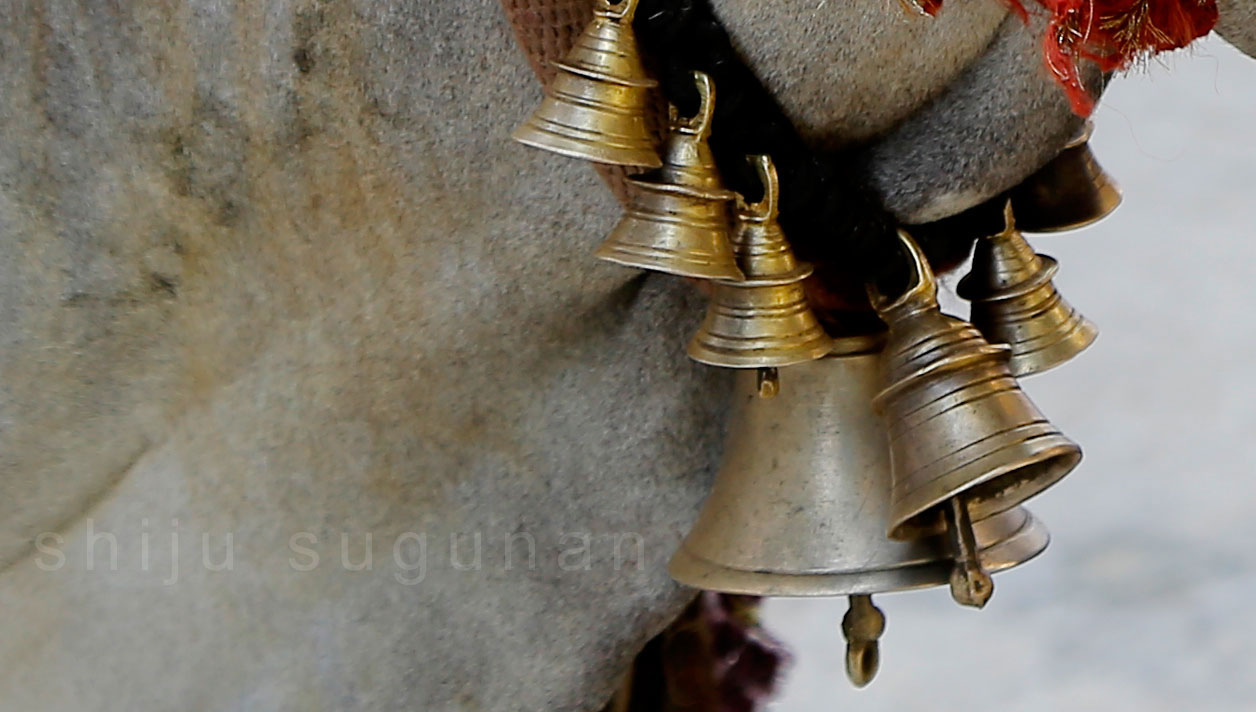