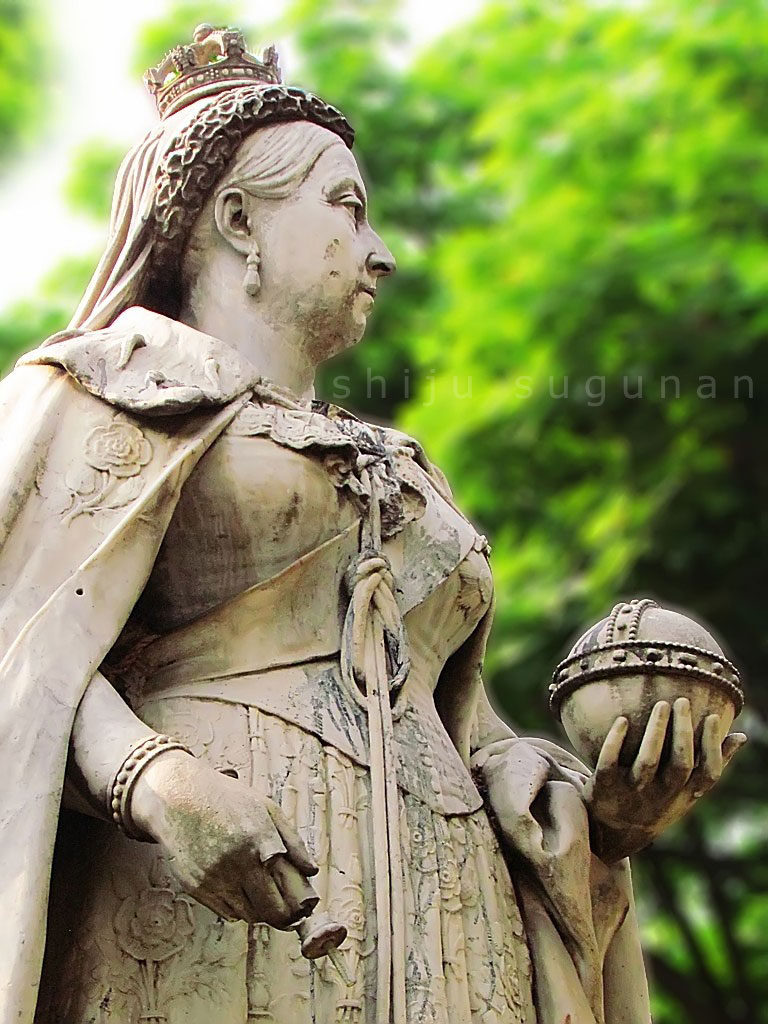 On my visit to the Cubbon Park, I stumbled across this statue of Queen Victoria, hidden in the trees.
I googled to learn more about the statue and found an article by Meera Iyer.

Here are some excerpts from the said article:

The statue of Queen Victoria in Bangalore was officially unveiled on February 5, 1906 in a ceremony filled with much fanfare and oratory. The then Prince of Wales, George Frederick Ernest Albert (later King George V), did the honours.

From 1876, Victoria had ruled from afar as Empress of India. Soon after her death in January 1901, committees sprang up all over India and elsewhere in her dominions, to deliberate on ways to commemorate the haughty queen’s memory.

After vacillating between a technical institute in her name and a statue, it was finally decided to commission a statue. The memorial was to be funded by public subscription. But after six months of fund-raising, the public had only contributed Rs 10,000. In the end, it was a generous donation from the Maharaja of Mysore, Krishnaraja Wodeyar IV, which finally ensured that the statue project didn’t die an early death.

The task of making the statue was given to Thomas Brock, a prolific and celebrated sculptor in England whose most famous work was the Victoria Memorial in front of the Buckingham Palace in London. Brock made an 11-foot-tall marble statue for Bangalore, which, together with its 13-foot granite pedestal, cost Rs 25,500. It was shipped here from England and arrived in July 1905.

In all, Brock made 14 Victoria statues during his career. Statues made by him that are similar to Bangalore’s statue still stand in cities around the world including Carlisle and Hove (both in England), Belfast, Cape Town, Brisbane and London.

Of the more than 50 statues of Victoria that were installed in India, only five still remain at their original locations. Bangalore’s statue is one of them.

The empress’s regalia are somewhat battered now. Her sovereign’s orb lost its cross many years ago and her sceptre too lies broken, along with a finger in her right hand.

Early photographs show the statue encircled with ornamental chains, and a soldier and two cannons standing guard. But our colonial past is behind us and so, fittingly, this imperial symbol no longer occupies pride of place. Though it is still tended to, the queen’s statue stands encircled and almost obscured by lush green trees.

My six year old believes it's not cool to be in pictures... 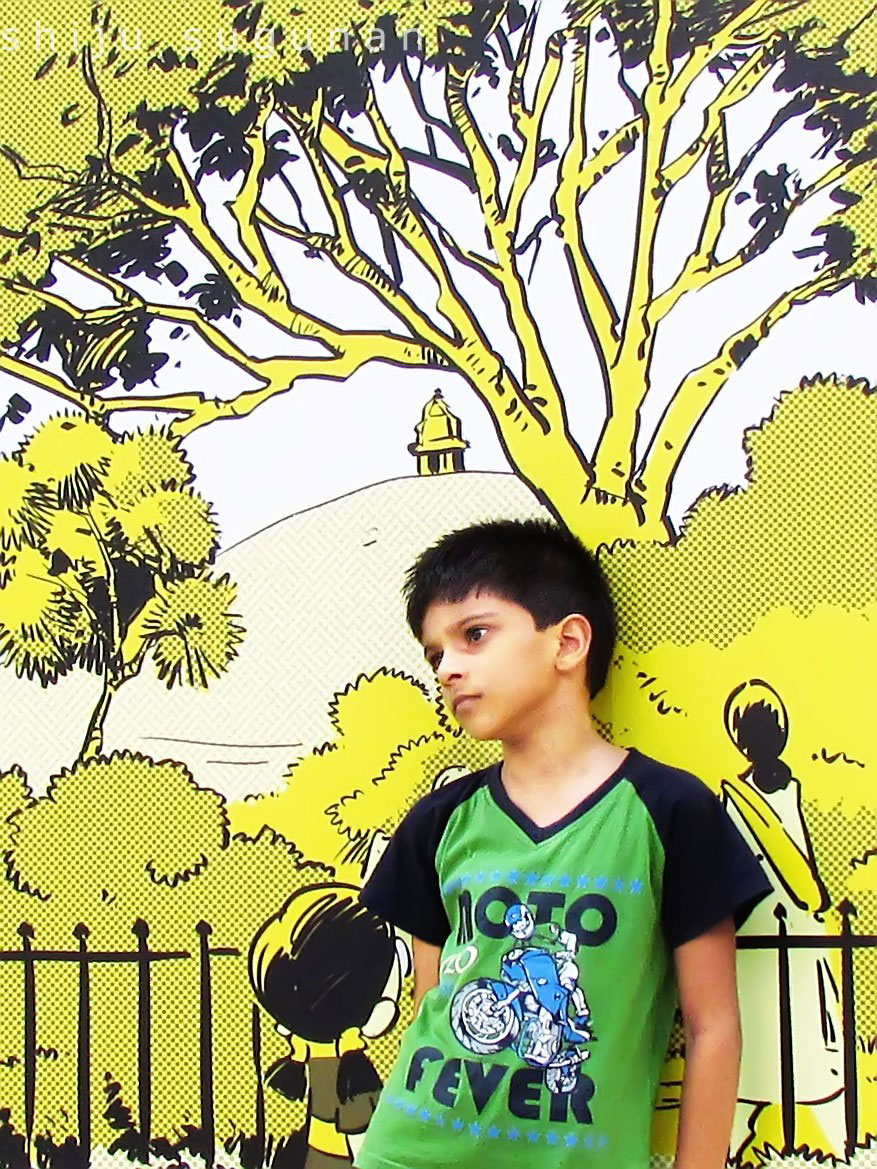 If forced, he will rebel by refusing to smile and makes a sad face... 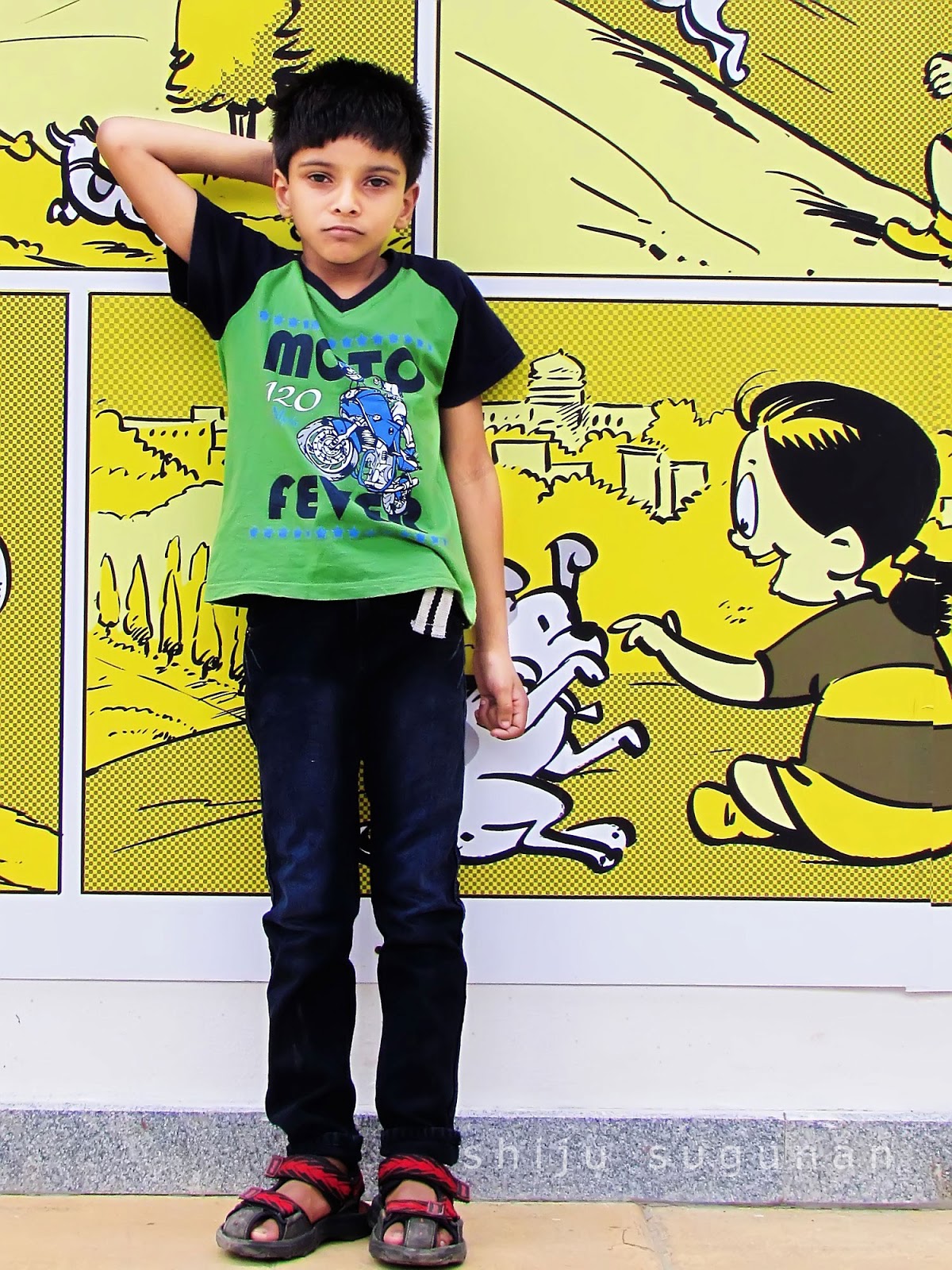 Further force can prompt the most fake smile... 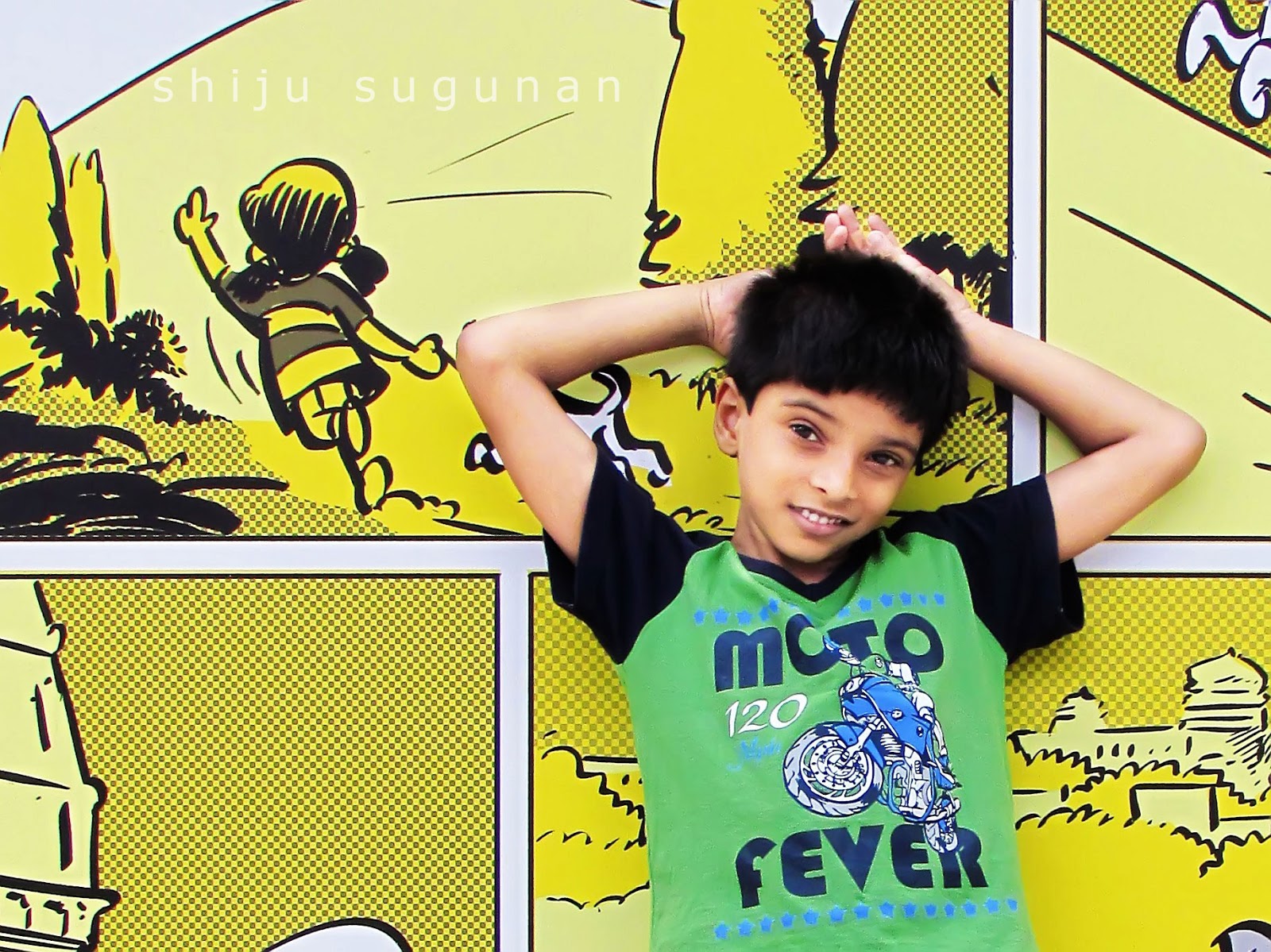 Then, he becomes playful and frustrates me like this Calvin & Hobbes incident...

He will look away just when I have composed a great shot... 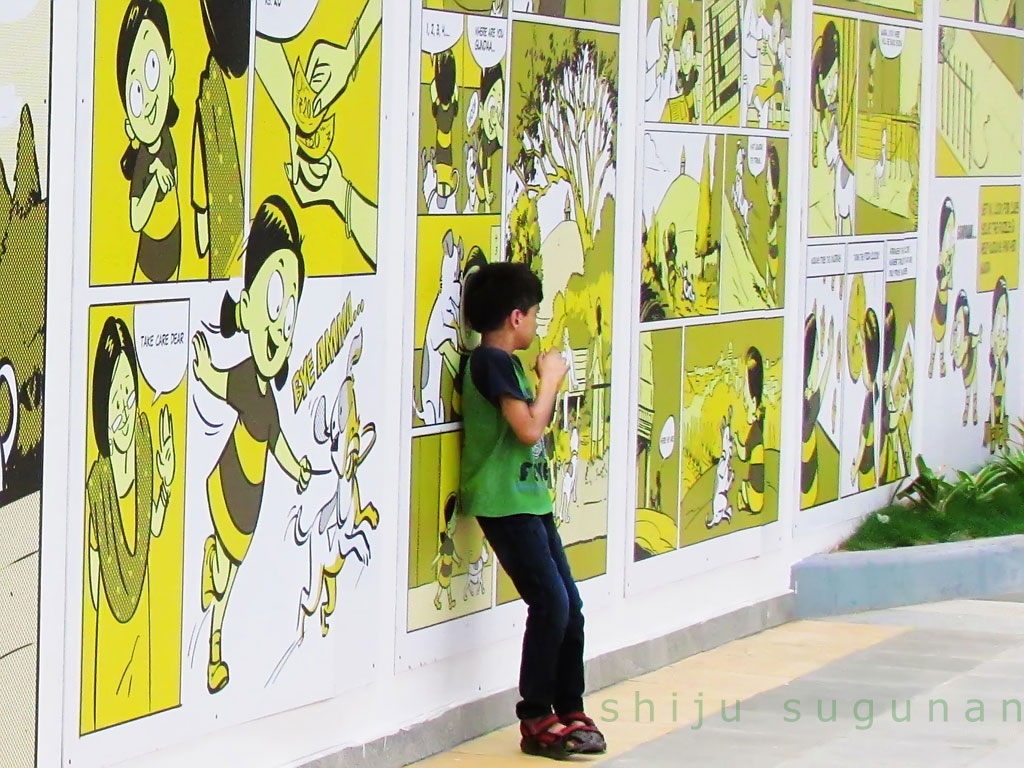 Trick is to have loads of patience and wait for the natural smile... 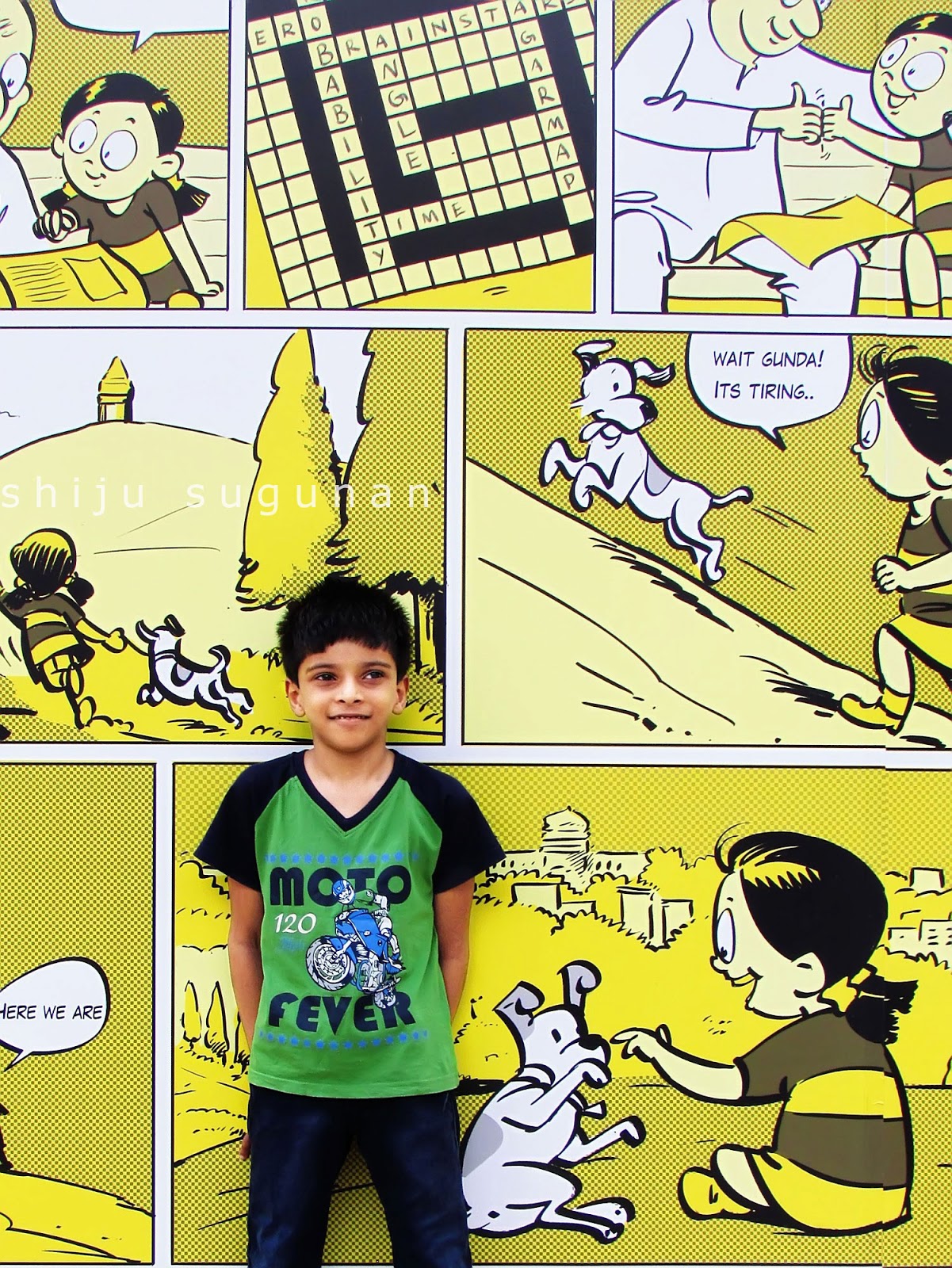 "Grapes: The Fruit of Hope" 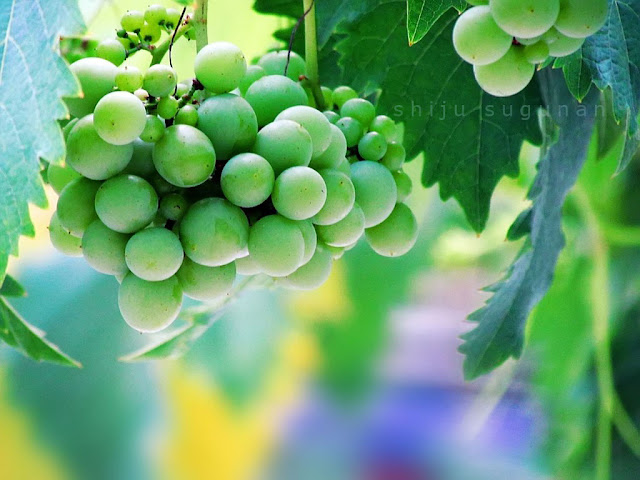 My favorite fruit is grapes. Because with grapes, you always get another chance. 'Cause, you know, if you have a crappy apple or a peach, you're stuck with that crappy piece of fruit. But if you have a crappy grape, no problem - just move on to the next. 'Grapes: The Fruit of Hope.'
--Demetri Martin 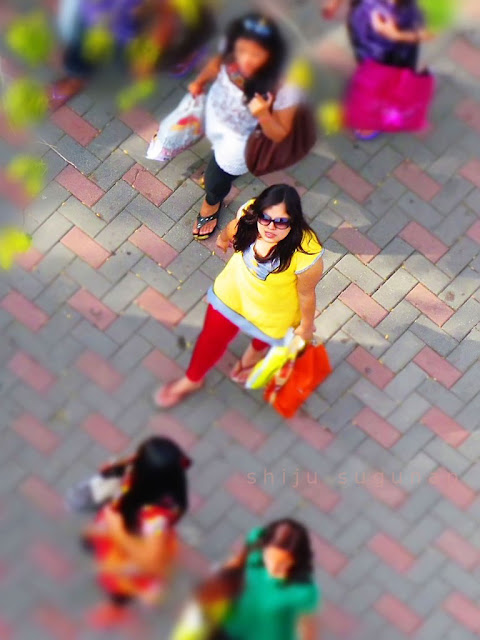 This is an optically produced tilt-shift effect, shot from the 13th floor of a tower. To know more about the technique, you can read 'An Introduction to Tilt-Shift Photography' from the Digital Photography School.
Posted by Shiju Sugunan 31 comments:

Getting cocky with my blog title

This week, the theme for Friday My Town Shoot Out is Graffiti. I couldn't find any graffiti, so I made my own using an old photograph and Photoshop.

Cranium Bolts is my blog title which I had pulled out quickly while signing up on Blogger.com and I have stuck with it ever since.

It has a habit of confusing people. It has never made any sense to me either and still doesn't.

I guess, I should get cocky with it and overcome the buyer's remorse.

The early bird gets the worm 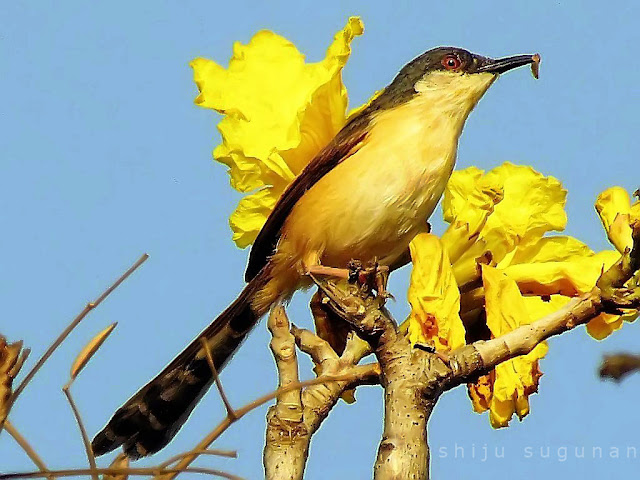 It was two hours of complete laugh riot at the staging of Atul Kumar's Hindi adaptation of Shakespeare's Twelfth Night (Piya Behroopiya). The Nautanki style added to the magic with dance and music. 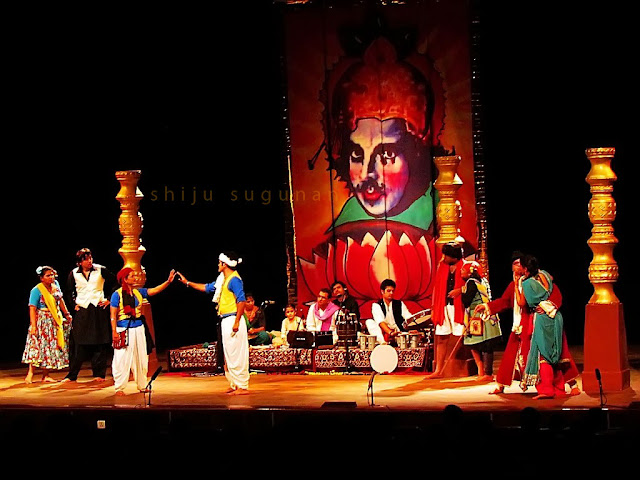 Sebastian and Viola as Cesario meet. 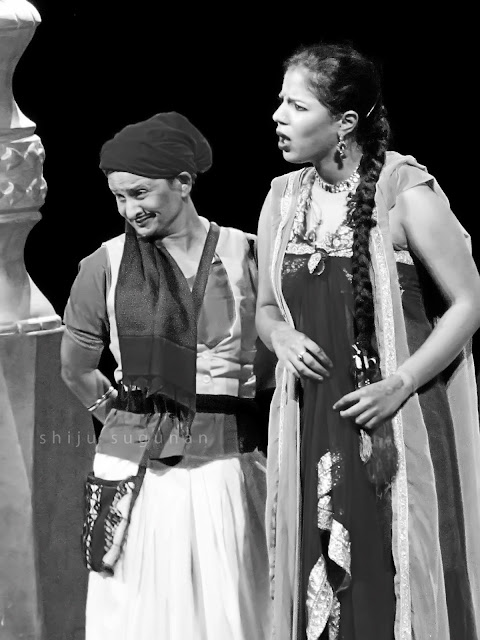 Olivia falls in love with Cesario