A good bottle of Indian wine

I received a bottle of Four Seasons Viognier wine to review. Viognier (pronounced vee-on-yay) is one of the world's finest white wine grapes. 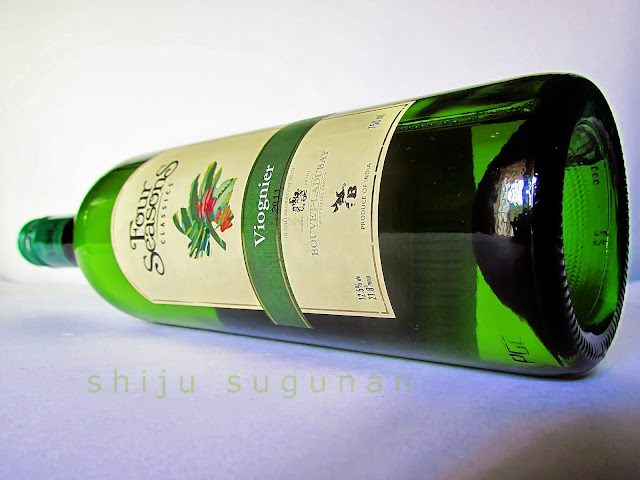 The wine scene in India has never been this vibrant. Four Seasons with its vine yards at Baramati, Maharashtra, has been producing some outstanding variety of wine.


Four Season's Viognier is a dry wine with strong aroma of peaches and a faint note of nutty flavors. At around $10, the cheap price makes the wine more palatable.

Aroma: Intense perfume of blossom, with delicate hints of dried apricots and peaches.

Palate: Well-rounded with balancing acidity and an attractive lingering finish.


Serving suggestion: Enjoyed best at 10 -12º C as an accompaniment to sprout based salads with fruity dressings, or light fish and chicken dishes.Also pairs well with mildly spiced Indian and Asian cuisine.

A rendezvous with wine 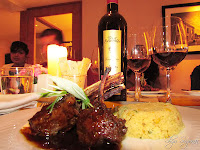 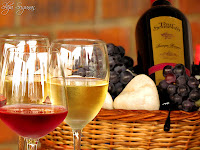 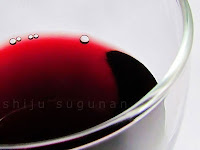 This sweet little thing is a new visitor to my terrace garden... 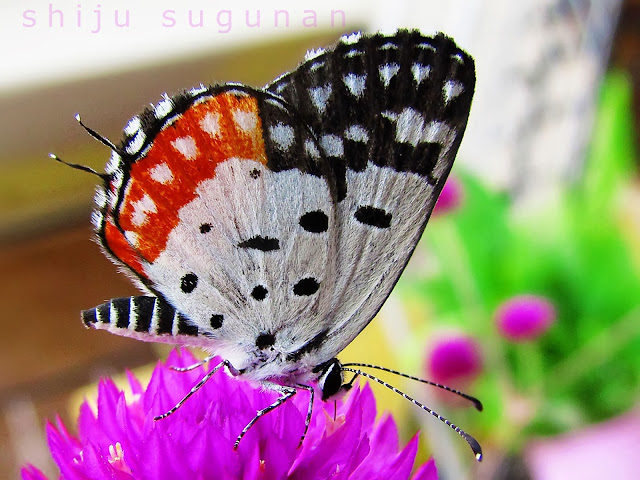 Red Pierrot is a very small butterfly with a wing span of just 3 to 3.5 cm. It seems to prefer only the Bachelor's button flower... 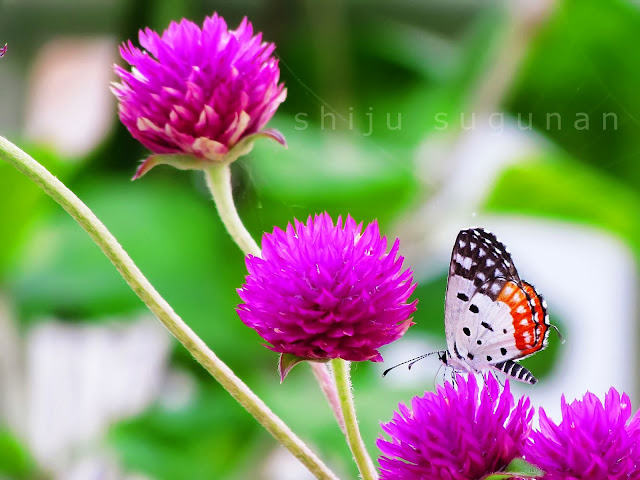 It is a weak flier, and flutters about close to the ground. It flies in short bursts and settles often but not for very long. It always sits with its wings closed to display the bright markings of its undersides... 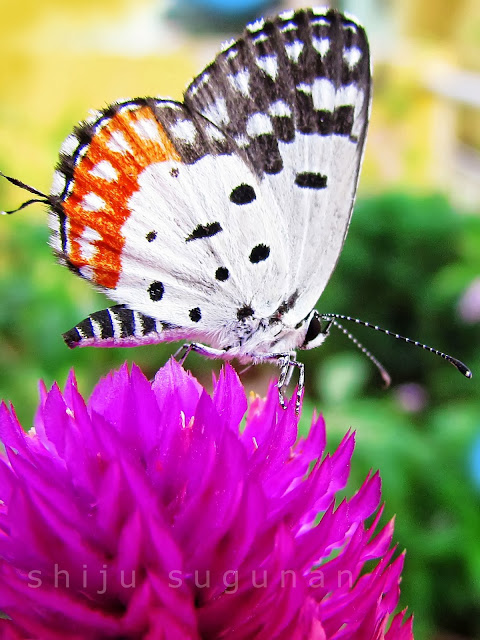 Its fearlessness, weak flight and distinctive markings all indicate that it is a protected butterfly, which is peculiar considering that its host plants are not known to contain any sequestrate toxins. 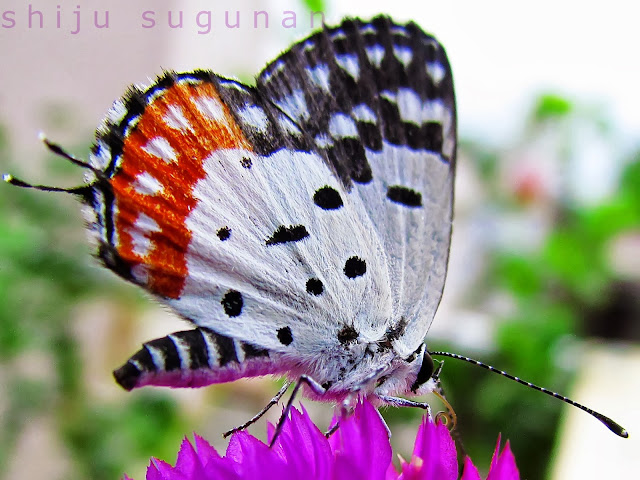 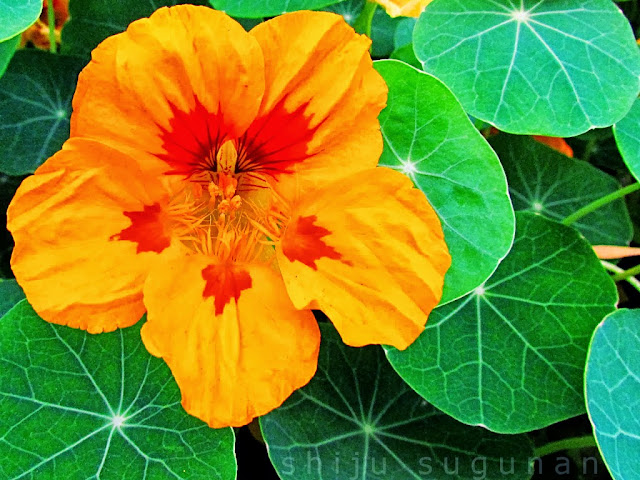 Nasturtiums have been used in herbal medicine for their antiseptic and expectorant qualities. They are said to be good for chest colds and to promote the formation of new blood cells.

The flower has most often been consumed, making for an especially ornamental salad ingredient; it has a slightly peppery taste reminiscent of watercress, and is also used in stir fry.
Posted by Shiju Sugunan 29 comments: 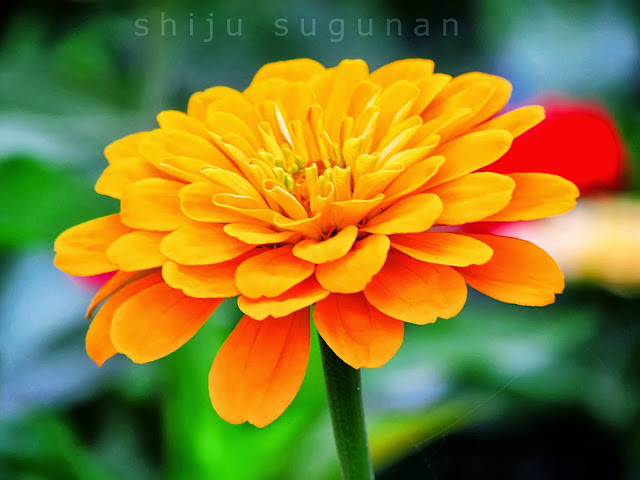 She was sad when the older kids were unwilling to play with her simple toy... 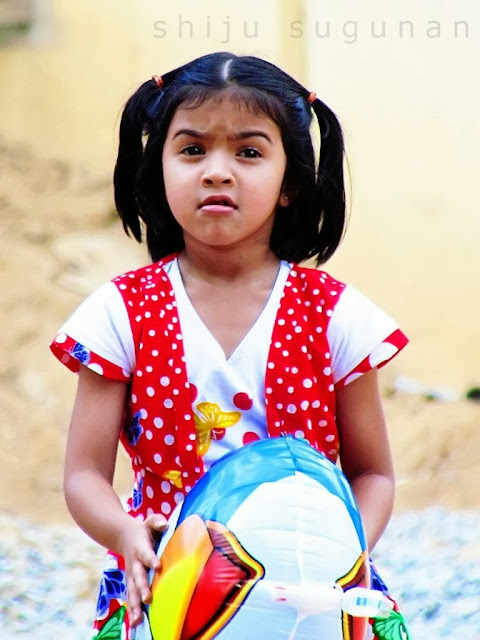 She asked the simple toy to be her friend... 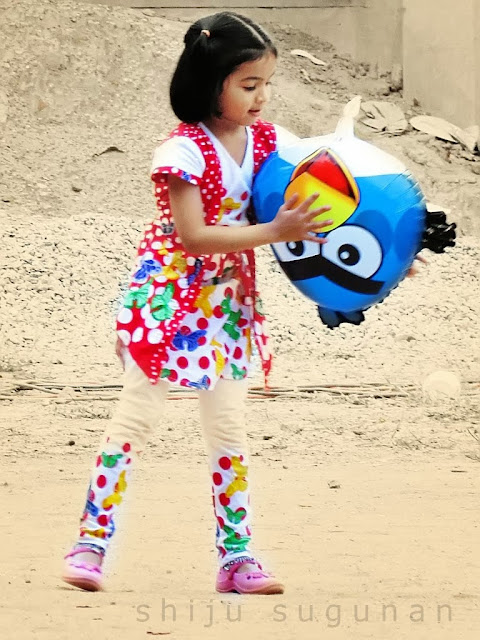 The new friend turned out to be really entertaining... 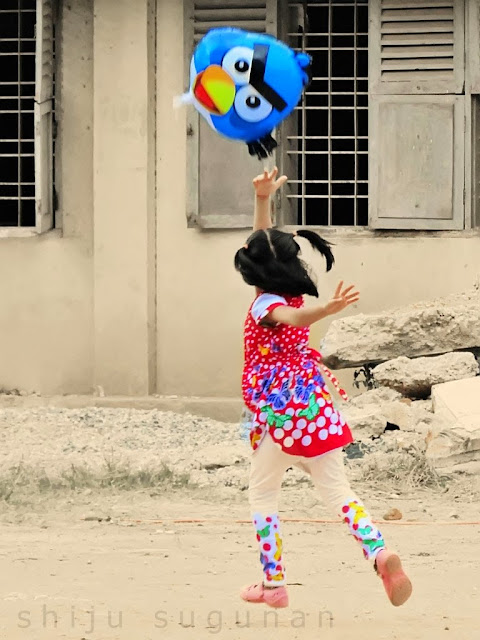 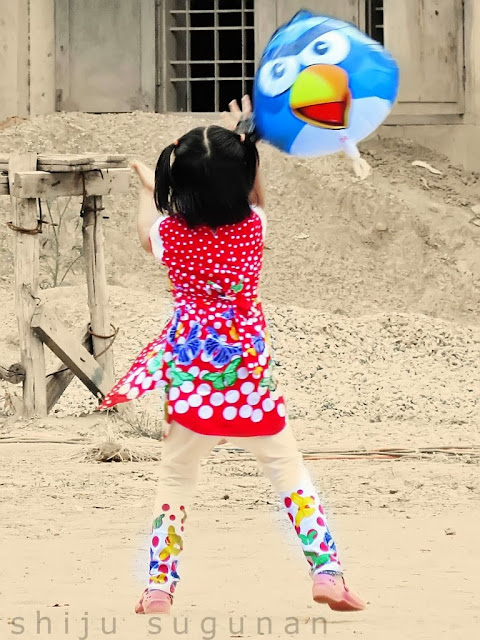 She discovers that she can be happy all by herself... 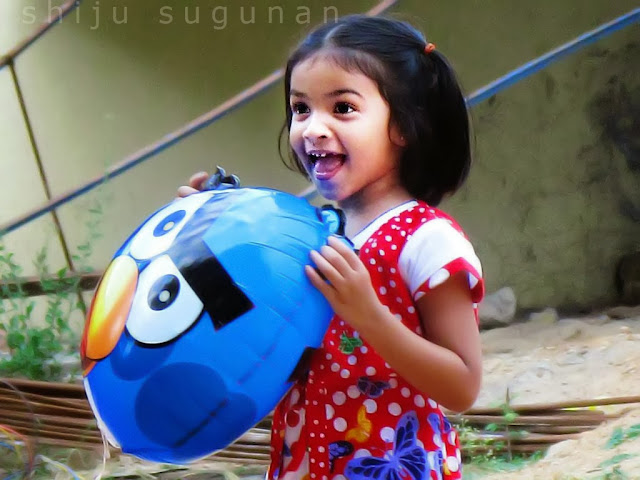 
Twenty eight Greenpeace activists and a freelance video journalist and a photographer were formally charged with piracy under Article 227 of the Russian Criminal Code on October 2nd and 3rd, 2013. The maximum sentence they face is 15 years in a Russian jail. They are currently being held in a number of prisons in and around the city of Murmansk in North West Russia while Greenpeace International lawyers have lodged formal appeals in the Murmansk court against their continued detention.


The 28 Greenpeace activists and the two journalists, from the ship, Arctic Sunrise, now known as the Arctic 30, were protesting against oil drilling in the Arctic on September 18, 2013 in Russia’s Pechora Sea. Two Greenpeace International activists attempted to climb the side of an oil platform operated by Russian state-owned energy giant Gazprom when they were stopped at gunpoint by the Russian Coast Guard. The activists were protesting against Gazprom drilling for oil in the fragile Arctic region. Subsequently, all 28 activists and the two freelance journalists were arrested by the Russian authorities and they have all now been charged with piracy.


Greenpeace International Executive Director, Kumi Naidoo said, “Our activists have been charged with a crime that did not happen, they are accused of an imaginary offence. There can be no doubt about why the charge of piracy has been brought and the legal hammer wielded. This is an outrage and represents nothing less than an assault on the very principle of peaceful protest. An effort is underway to intimidate us, but our peaceful passionate campaign against Gazprom and all other Arctic drillers will not be silenced. A profound injustice is right now being perpetrated against our friends, our brothers and sisters, our sons and daughters who sit in jail. I call on people across the world to stand with us against Gazprom and all oil companies who want to drill in the Arctic, join us in this fight against bullies of the very worst kind.”

Groups such as Amnesty International, Human Rights Watch and Reporters Without Borders have called for the release of the activists. Greenpeace has also released a letter written by Faiza Oulahsen, 26, one of the Arctic 30, a Dutch environmentalist currently detained in Murmansk. In the letter, penned shortly before she was charged on October 3, she says: “I have no idea how this is going to end, or how long it’s going to take.” She describes the experience of sitting through hearings in a cage and living in a prison cell that is “ice cold” and where the lights are never turned off. “I started to lose the calmness and self-control I had been using the past couple of days, slowly but surely. Two months in a cell is one thing, but what comes after that? A sentence of a few months or a few years in a case based on lies?”

Greenpeace strongly rejects this extreme and disproportionate charge of piracy against its activists and the journalists. The organisation has been protesting against oil drilling in the Arctic because it destroys people’s livelihoods and wildlife such as polar bears, narwhals, walrus and other species in this pristine region. The Arctic ice is melting rapidly due to climate change, caused by burning fossil fuels like oil; it is absurd to drill for more oil here risking an oil spill that can cause huge devastation.


Currently, over 60 organisations have issued statements of concern and support for the Arctic 30, while almost 10,00,000 people have written letters to Russian Embassies worldwide demanding their release. On Saturday October 5th, thousands of people around the world will take part in a global day of solidarity with the Arctic 30. Peaceful events are planned on every continent in well over 80 cities in 50 countries. In India, protests are planned in Delhi, Mumbai and Bangalore among other cities.

For more information and to show your support for the activists visit, http://www.greenpeace.org/india/en/What-We-Do/Stop-Climate-Change/arctic-impacts/free-our-activists/

The Banjara are a class of nomadic people from the north-west part of Inda. 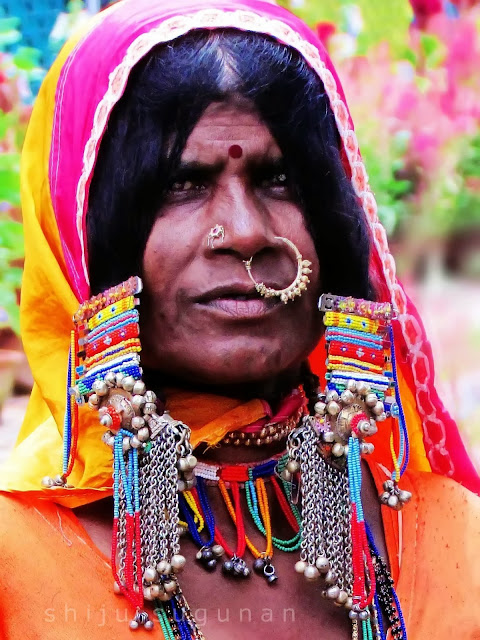 Women are known to wear colorful costumes and silver ornaments.