On my recent trip to Kerala, I found a Nutmeg tree during one of the early morning photo walks.
Nutmeg is a tropical evergreen tree important for two spices derived from the fruit: Nutmeg and Mace. 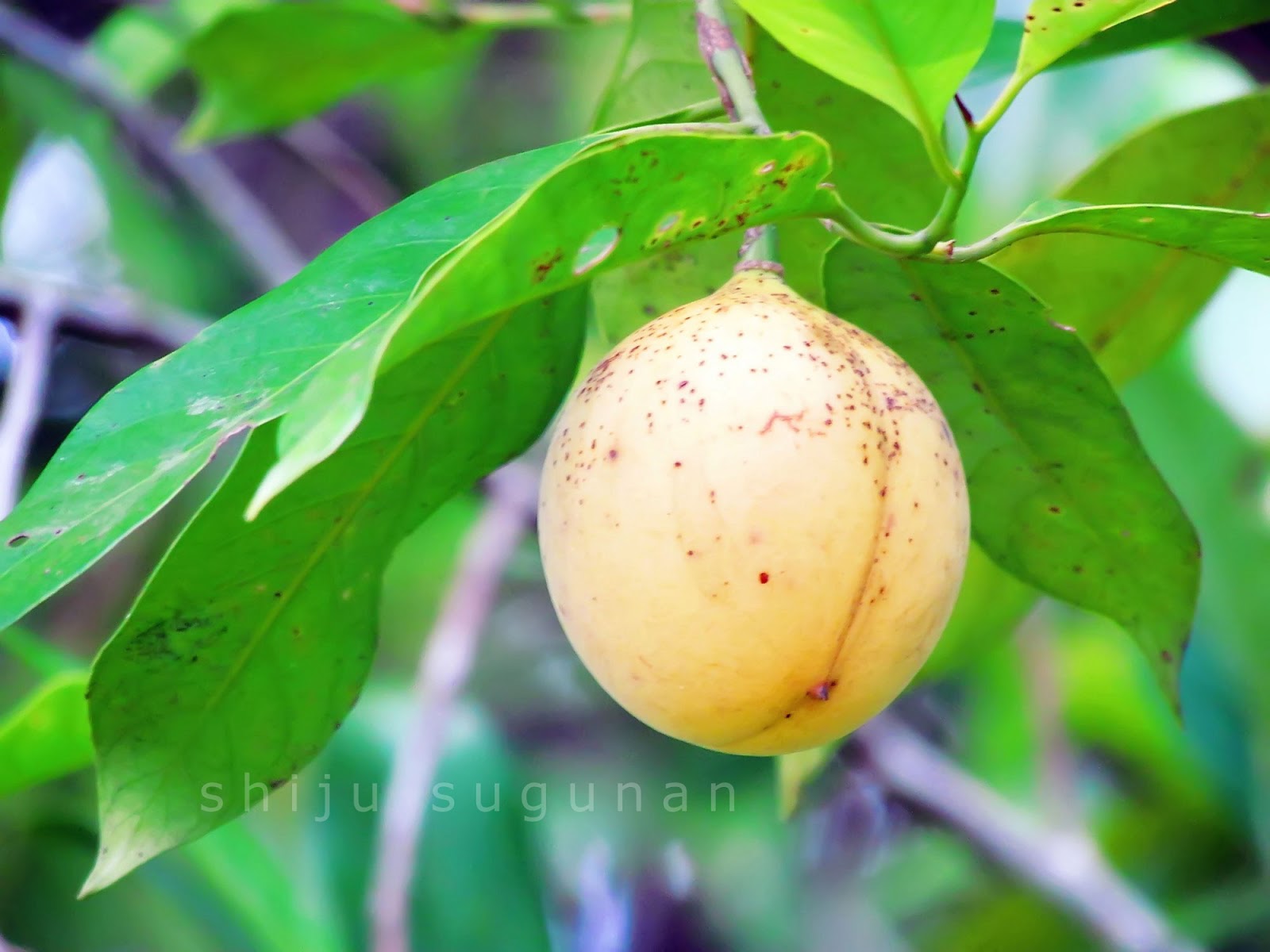 The ripe fruit splits and drops to the ground to eject the seed. 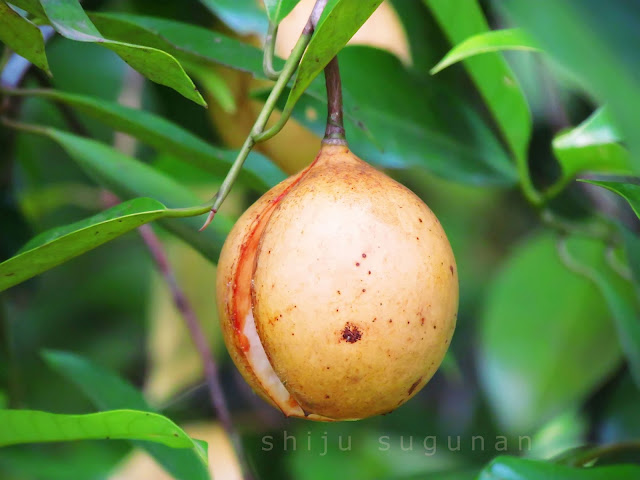 This is the only tropical fruit that is the source of two different spices - Nutmeg, the egg shaped seed and Mace, the "lacy" reddish aril of the seed. 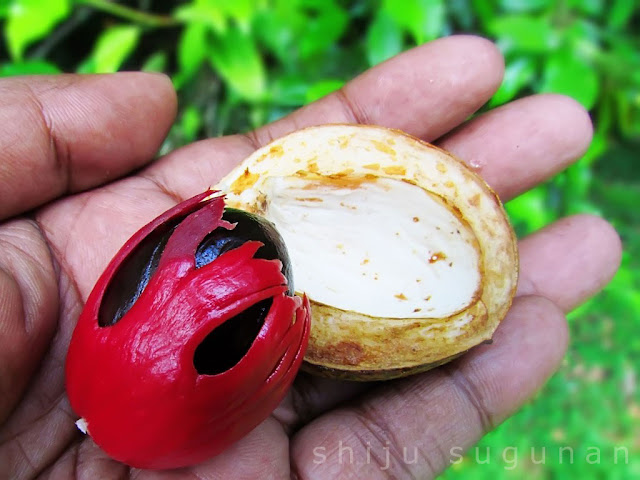 I collected these fallen Nutmeg seeds... 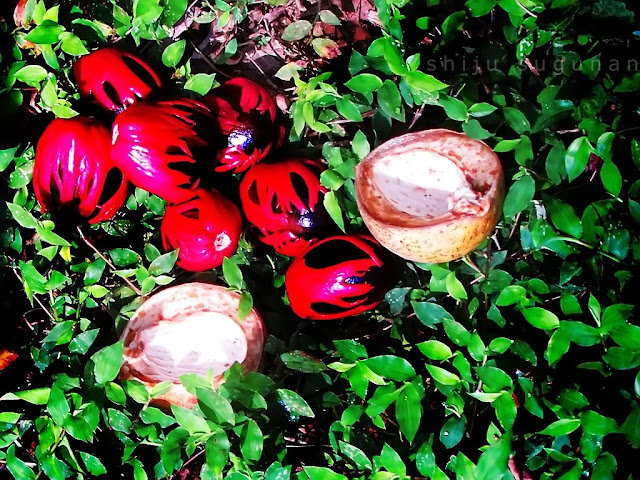 Nutmeg, along with cinnamon, cloves and dry ginger gave amazing flavors to this Plum Cake I baked yesterday... 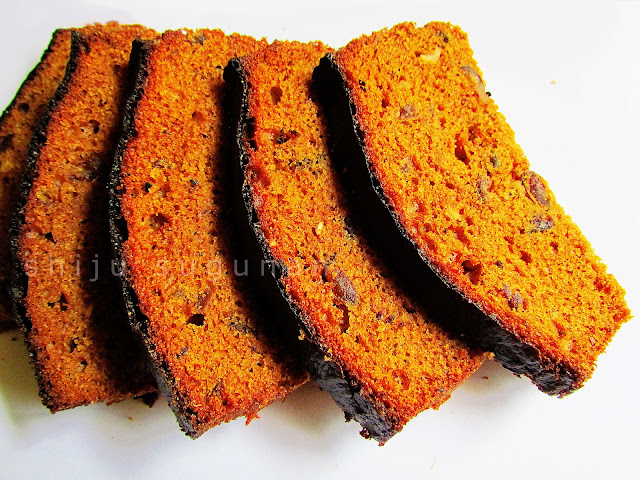 Some trivia on Nutmeg

Nutmeg contains hallucinogens and was fashionable in Europe in the 1600s for its hallucination inducing properties. It was also considered an aphrodisiac.

The spice has been used for centuries as a form of snuff in Indonesia and India for intoxication.

It is used along with Cinnamon and clove in Christmas cakes and eggnogs because it helps keep the body warm in the cold season. The hallucinogens makes you feel good and cheerful during the festivities.

It helps to relieve from stomachaches.

In the 17th century the British and the Dutch were competing to get control of the Nutmeg growing lands.

The Dutch waged a bloody war, including the massacre and enslavement of the inhabitants of the island of Banda, just to control nutmeg production in 1621.

As per wikipedia, in 1760, the price of nutmeg in London was 85 to 90 shillings per pound, a price kept artificially high by the Dutch voluntarily burning full warehouses of nutmegs in Amsterdam.

As a result of the Dutch interregnum during the Napoleonic Wars, the British took temporary control of the Banda Islands from the Dutch and transplanted nutmeg trees (complete with soil) to Sri Lanka, to Penang, to Bencoolen and to Singapore.

There is this interesting story of how the Dutch traded Manhattan to gain control of a Nutmeg producing island from the British. Read the story by Jane McGrath - Did the Dutch really trade Manhattan for Nutmeg?

Connecticut gets its nickname ("the Nutmeg State", "Nutmegger") from the legend that some unscrupulous Connecticut traders would whittle "nutmeg" out of wood, creating a "wooden nutmeg" (a term which came to mean any fraud).
Posted by Shiju Sugunan