Black pepper is a flowering vine, cultivated for its fruit, which is usually dried and used as a spice and seasoning. Black pepper is native to south India, and is extensively cultivated there and elsewhere in tropical regions... 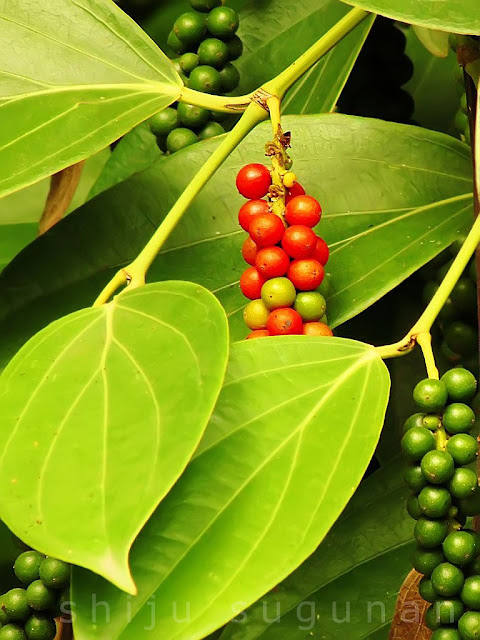 Black pepper is produced from the still-green unripe drupes of the pepper plant. The drupes are cooked briefly in hot water, both to clean them and to prepare them for drying.

The drupes are dried in the sun or by machine for several days, during which the pepper around the seed shrinks and darkens into a thin, wrinkled black layer... 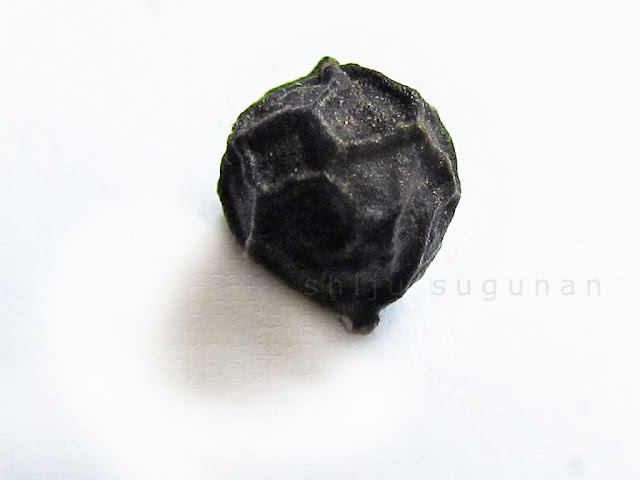 A riddle authored by Saint Aldhelm, a 7th-century Bishop of Sherborne, sheds some light on black pepper's role in England at that time:


I am black on the outside, clad in a wrinkled cover,
Yet within I bear a burning marrow.
I season delicacies, the banquets of kings, and the luxuries of the table,
Both the sauces and the tenderized meats of the kitchen.
But you will find in me no quality of any worth,
Unless your bowels have been rattled by my gleaming marrow. 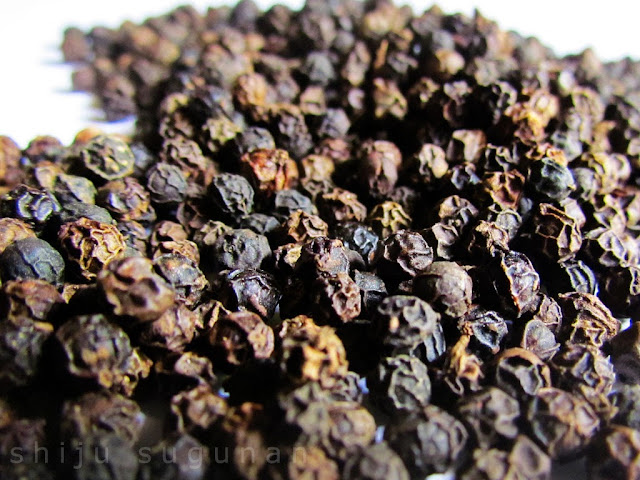 Like many eastern spices, pepper was historically both a seasoning and a medicine. It is believed to cure illness such as constipation, diarrhea, earache, gangrene, heart disease, hernia, hoarseness, indigestion, insect bites, insomnia, joint pain, liver problems, lung disease, oral abscesses, sunburn, tooth decay, and toothaches. It is also used as a home remedy for relief from sore throat, throat congestion, cough etc.